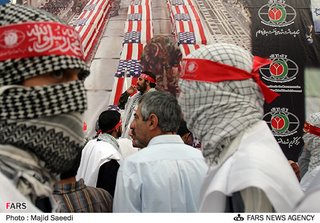 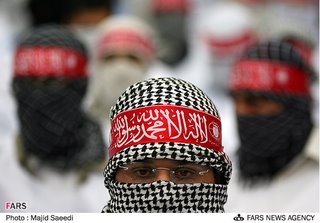 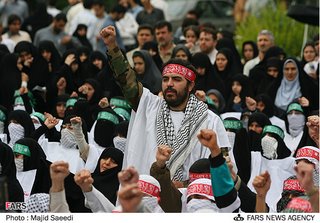 See it for yourself, it's scary, stupid and worthless!

Cross-posted at the Shotgun weblog

I wish they could all drop dead.

Are those guys Arabs or Persians? They are wearing the Arab kafia.

You realize that by posting these things about Iran, it makes you part of the "wingnut" conspiracy to demonize the regime.>>>

Do they not understand that if they put on a uniform, they could maybe kill more people? This way, they are sure to die and be failures and punks!

No english equivalent page on Farsnews about the suicide bomber pics, Iran must be discriminating against english speaking people who want to suicide themselves - the UN should condemn them for this discriminatory behaviour.

Louise, these guys look Iranian to me.

I dont know for sure though

You realize that by posting these things about Iran, it makes you part of the "wingnut" conspiracy to demonize the regime.

Silly me. Lets all shoot the messenger :o

There are many arab mercenaris who have spawned their evil seed in Iran since Khomeini brought many Palestinians to establish his brutal theocracy. Most of these Arab mercenaries are employed by the government.

hope that was sarcasm.
If not, go to my blog and read the "The regime isn't so bad..."